DevGRG has a wide range of publications that may be useful to students, researchers and practitioners, from practical guides to research monographs.

We also use this page to share our annual newsletter:

Winner of our Photography Competition: 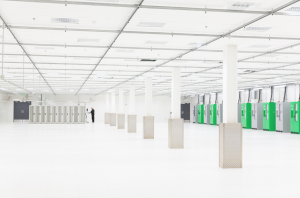 Locating the Human in the Cloud

by AlexanderTaylor, University of Cambridge

The DARG Regional Development Series is made up of six texts ideal for upper level undergraduate and postgraduate use. The editors and many of the contributors are DARG members and some of the royalties go to DARG. In addition, Pearson contribute a number of free copies to go to institutions in ‘Developing Areas’.

The first book in the series “Development as Theory and Practice” edited by David Simon and Anders Närman was published in 1999. The first two regional texts: ‘Challenges and Change in Middle America: Perspectives on Development in Mexico, Central America and the Caribbean’ edited by Cathy McIlwaine and Katie Willis; and “South Asia in a Globalising World” edited Bob Bradnock and Glyn Williams, appeared early in 2002. ‘Eastern Central Europe and the Former Soviet Union: Post Socialist States” edited by Michael Bradshaw and Alison Stenning, and “Eastern and Southern Africa: Development Challenges in a Volatile Region” edited by Deborah Potts and Tanya Bowyer-Bower were published in 2003. The final volume “West African Worlds’ edited by Reg Cline-Cole and Elsbeth Robson was published in 2004.

This publication is part of the DARG Monograph series.

It was edited by Elsbeth Robson & Katie Willis and the second edition was published in 1997.

D. Simon and A. Närman (eds) (1999) Development as Theory and Practice; current perspectives on development and development co-operation

C. McIlwaine and K. Willis (eds) (2001) Challenges and Change in Middle America; perspectives on development in Mexico, Central America and the Caribbean.

M. Bradshaw and A. Stenning (eds) (2004) East and Central Europe and the former Soviet Union; the post-socialist states.