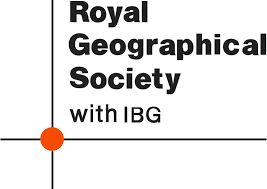 Our sponsored sessions for 2020 are below:

Royal Geographical Society with the Institute of British Geographers,

Migration can reshape relations between generations, with profound consequences for families that span national borders or internal boundaries.  The challenge of caring for children in these contexts has often overshadowed the issues that older people face – whether it is they or other family members who move.  Migration may also transform how younger generations perceive ageing and plan for their own old age.  Research on intergenerational relations in transnational families is often disconnected from debates on similar dynamics within national borders.

This panel welcomes contributions which explore changing intergenerational relations in the context of migration including:

·         The processes of intergenerational change in contexts of international and/or internal migration, including comparative perspectives

Although we are open to papers that focus on both the Global North and the Global South, we are particularly interested in those focusing on the latter.

The deadline for proposals is 31st January 2020.

Deadline for abstracts: 10th of February 2020

“The emphasis is on respect for tradition as well as nature in general. The respect for tradition goes along with the belief that everything, according to the elders’ vision of the world, trees, animals, rivers, stones, mountains, are endowed with life, hence the interaction of humans and non humans in the folktales. Mountains, trees or stones were believed to be the abode of the spirits. Because today respect for these has disappeared, we see the wanton cutting down of trees, the destruction of sacred places and the disinterest in oral traditions” Boston Soko, Professor of Oral Literature, University of Mzuzu.

The study of Indigenous folklore has recently benefited from a heightened impetus. UNESCO in particular has signified the importance of this with two key documents: the (1982) Recommendation on the Safeguarding of Traditional Culture and Folklore, and the (2003) Convention for the Safeguarding of the Intangible Cultural Heritage. Contemporary to this shift are 21st century efforts to develop and deploy a digital humanities; efforts that intersect with some lines of research in a creative geohumanities. In the Global South, the United Nations (through its agencies including UNDP and UNESCO) is partnering with national government agencies and philanthropocapitalism to research, document and digitize folklore, to conserve, protect and promote cultural heritages.

To borrow Betiang and Akpan’s (2018) phrasing, this convergence of media technologies, industry and markets, has, among other consequences, altered spaces of being and knowledge production for all persons involved, and the modes/technologies for the creation, production, distribution, and consumption of Indigenous knowledges. While the digitisation of Indigenous knowledges has received considerable attention in traditional humanities, arts, literature studies, linguistics, media studies, journalism, law, history and other fields of study (for example, Betiang and Akpan, 2018; Broadwell & Tangherlini, 2017; Chisiza, 2017; Hagedoorn & Sauer, 2018; Hunt and stevenson, 2017; Pomadaki, Dimoulas, Kalliris, & Paschalidis, 2019; Risam, 2018; Sauer, 2017; van Krieken, 2018), geographers have arguably, and rightly, remained cautious.

Folklore has been a space of ontological, teleological and epistemological escape/freedom from colonial/imperial negativities, and negativism more generally (see Mbembe, 2017: Ch. 5). Reading Mbembe in conversation with his interlocutors, including geographers, a decolonial reading of and approach to digitizing folklore would unsettle a ‘capturing’ or ‘preservation’ of Indigenous knowledges. What teleologies, ontologies and epistemologies come to bear in these interactions? How do these questions reflect in the digitization process itself, and in the results – viewed as pluriversal for the digitizer, the narrative and the storyteller, their environments and communities (see Blank, 2009; Thairu, 2007; Sauer, 2017)? Such a nuanced reading might help awaken new sensibilities that could reshape geographical methodology, as well as the ethical considerations of digitization. With this in mind, this session calls for papers that address themes and questions including but not confined to:

Please send your title, abstract (max. 250 words), and full contact details to Dumisani Moyo (d.moyo.1@research.gla.ac.uk) and Deborah Dixon (deborah.dixon@glasgow.ac.uk) by 10th of February 2020. We will respond to you about the selection of papers by February 14th.

On October 23, 2019, dead bodies of 39 Vietnamese nationals were found inside a refrigerated lorry in Essex, UK. These people were considered to have been trafficked by several media personnel, politicians, and NGO workers. Paradoxically, the narrative of trafficking would have placed the burden of victimhood on them, if they would have found alive in the UK. Further, the same narrative would have transformed them into subjects of detention, deportation, and prosecution, if the UK border police would have intercepted the lorry before its entry inside the territory. These are some of the repercussions of the dominant narrative of Human Trafficking which demands strict border controls, restrictive immigration practices, greater migrant policing and surveillance as preventive measures to avoid such incidences.

In Geography, these concerns are reflected in the debate over how labour regimes (Strauss and McGrath, 2017), citizenship regimes (Richardson et al., 2016) and immigration regimes (Aradau, 2008) are conceptualized. However, the consequence of this politically charged multi-disciplinary arena of ‘Human Trafficking’ on the wider conceptualization of borders remains relatively unexplored (see: Laurie et al. (2015)). Hence following a call to study “Geographies of Trafficking” (Laurie, Richardson, Poudel and Townsend, 2015; Smith, 2018), this session aims to bring together scholars from different sub-disciplines – border, migration, citizenship, security, labour, gender  – to problematize (anti-)trafficking through borders and, at the same time, conceptualize borders through (anti-)trafficking. Through this, we aim to explore:

Incorporating borders as an analytic to examine (anti-)trafficking could offer new insights on (re)production of contingent forms, sites, agents and practices of exploitation. The aim here is to advance the call of studying “Geographies of Trafficking” through the lenses of borders. Hence, we invite contributions seeking to advance geographical perspectives on Human Trafficking and identify new conceptual and methodological arenas within this multi-disciplinary field of study. Please send your title, abstract (of approx. 250 words) and expressions of interest to ayushman.bhagat@durham.ac.uk by February 5, 2020.

Globally, over 10% of the world population does not have access to electricity, and 40% do not have access to clean fuels for cooking – and levels of access are much lower in rural areas. At the same time that political pressure to improve access globally is increasing, however, the rapid onset of climate change imposes structures on the type and intensity of energy access globally.

Despite technologies continually developing and achieving economies of scale, global energy access targets continue to be unmet. Projects are too often engineered through the lens of technological and economic aspirations rather than attending to the specific needs and aspirations of individual communities.

In this session we would like to address questions that explore this idea further as well as investigating the critical importance (and limitations) of the social scale of energy access, with a view to extending practical social methodologies. We would also like to explore reasons for the slow progress towards universal energy access and interrogate how energy access is defined or understood, as well as questioning the premise of the existing energy access goals.

This session will include 4-5 presentations with time for discussion between speakers and session participants. We encourage speakers to consider the following questions, and how these relate to your research or projects.


We hope to be able to support distance/virtual participation in this session. If you would not be able to travel to London for the conference, please indicate this in your abstract submission. We also encourage participation from groups and individuals outside of universities and academia.

Please send your paper title, abstract (up to 150 words) and full contact details to both session convenors by 30th January 2020. We will confirm participation in early February.

Crisis in Latin America: symptoms and consequences for urban Children and Youth

Latin America is experiencing a profound process of social change. In different forms and with different intensities, the social unrest has challenged models of development which, despite achieving relative progress in recent decades, are still reproducing historical divisions and injustices. The social discontent is (re)shaping relationships of power, the public sphere, and the everyday experiences of children and young people in the urban realm. This sequence of events asks for us to rethink the place of children and young people within local and global processes (Aitken, 2013). Moreover, it makes us rethink the role of children and the youth as part of this social process, either as passive agents who cope with injustices and obstacles in urban public spaces, or as active protagonists of public citizenship demonstrations, claiming for their right to better societies.

Wells (2017) suggested that the political and economic structures surrounding children and young people’s  everyday lives is increasingly constraining their agency. In this sense the session invites papers that aim to critically question how children and young people experience urban constrains, navigate local landscapes and engage with social movements within their own agency in Latin America.

We seek to explore the practical and theoretical implications of the changing Latin American landscape for children and the youth. We aim to discuss urban childhoods in convoluted times examining the interconnectedness of their lives (Holloway and Valentine, 2000) and the way their everyday lives are structured and shape by local processes.

Papers may include but are not limited to:

Please send abstracts of no more than 250 words to Maria Jesus Alfaro Muñoz <MXA964@student.bham.ac.uk> or Natan Waintrub Santibáñez <ucesnwa@ucl.ac.uk> by February 5th 2020. This should include title, author affiliation and email address.

We want to encourage the wider community of children’s geographers within UK and overseas tackling Latin American contexts to participate. In that sense, do keep in mind that whilst attendance to the session is ideal, we are also considering video-conferencing for up to a defined 20% of the authors if needed.

Urban Inequalities and the Social Contract in The Global South

“Social contract theory dates back to writings of Rousseau, Locke, and Hobbes and, in a newer definition (Loewe et al 2019), refers to “the entirety of explicit or implicit agreements between all relevant societal groups and the sovereign (i.e. government or any other actor in power), defining their rights and obligations towards each other”. With the dismantling of the welfare state, recent political narratives focus on reframing and realigning the relationship between government and governmental institutions and, thus, the respective contract between citizens and the state. Claims to renegotiate the social contract also seem to be causative regarding recent mass protests in Latin America, Northern Africa and Asia. We argue that massive urban transformations play a significant role in this. Therefore, using an urban lens one can argue that the local social contract in many cities in the Global South is under threat by:

We seek papers dealing with urban transformations in the Global South through the perspective of the social contract and the impact of these on state-society relations on a local scale. Papers may address – but are not limited to – the following aspects:

-How the concept of the social contract can be used to explain urban inequalities in the Global South
-Provision of social services (or the lack thereof) during processes of urban transformation (i.e. social housing, municipal/legal services, health care, education).
-Withdrawal of state protection (i.e. property rights, use of police force, landlord harassment, forced evictions)
-Recognition of the state’s legitimacy (trust in the state and its institution)
-What can be done to increase social cohesion or strengthen the social contract for cities under scrutiny


If you would like to propose a paper presentation, please send abstracts of up to 250 words to Aysegul Can (aysegul.can87@gmail.com) and Yannick Sudermann (y.sudermann@gmx.de) by Friday, February 7th, 2020